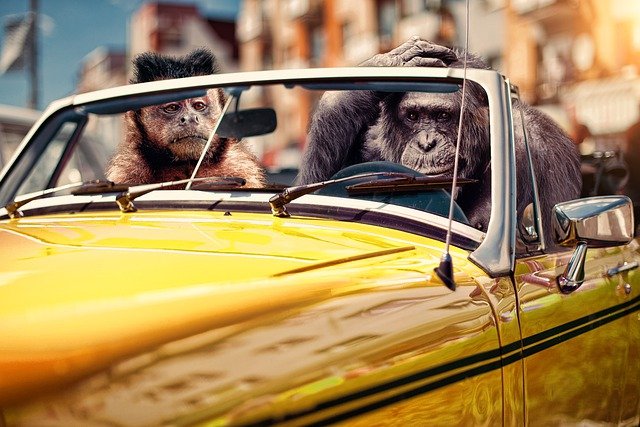 Social media is a powerful tool for people to connect. People share images, videos, and textual posts with their social media friends. When a person enjoys the posts of others, they engage with it by commenting and resharing them. Studies show that memes are the most highly shared form of social media content.

Since memes are light-hearted and humorous, people get in a good mood on watching them. This prompts them to spread the cheer among their friends and they share the video. Many people like to create memes for their inner circles by tweaking the viral ones. These days, many brands have also adapted memes as a part of their digital marketing initiatives. Such businesses incorporate their brand images, logo, and tagline in the memes to build a sense of community around their products.

To achieve all such goals with memes, one needs to be armed with the right set of tools. Several meme generator tools allow you to combine relevant images with witty punchlines to make memes. Here, we will discuss the top four meme-making tools of the present times.

InVideo is a versatile editing tool that lets you create memes in a few clicks. The tool has several meme templates, and you can pick the one that is most relatable to the concept that you have in mind. Then, add relevant visuals to the memes and incorporate the textual content. InVideo gives you complete control over the text and lets you alter the style, font, and color to create a unique meme.

If you are creating a video meme, InVideo lets you add dramatic music to the video to make the content funnier. As this is a cloud-based tool, you can use it on any iOS, Android, Windows, or Mac device. InVideo has an intuitive interface, and we recommend it to meme enthusiasts who are new to editing. The tool has a dedicated 24 X & support team who are on their toes to guide you in your meme-making journey. Moreover, there are several tutorial videos to guide beginners through content editing, making it the best meme maker tool of today.

iMeme is a simple editing tool that is exclusively used for creating memes. It is an offline tool that you can download for free and use on both Windows and Mac systems. iMeme has more than 50 meme templates and that gives you something hilarious for every situation. The tool also allows you to upload your meme template if you wish to create a meme from scratch.

Considering that catchy texts are an integral part of memes, iMeme allows you to type content in the header and footer section. While you have the freedom to alter the text size, the font style is restricted to IMPACT only. The major shortcoming of this tool is the inability to print edited memes without downloading them into the system. Also, iMeme does not let you upload the edited memes directly into social media platforms such as Facebook or Instagram.

Rage Maker is a Flash application that can be installed on all Windows devices. This tool lets you create personalized memes, rage comics and so much more. While there is a downloadable application of Rage Maker, it does not include templates or rage faces. You can however go to the application’s webpage and download the image pack separately from the website.

The image pack of RageMaker is a powerhouse and has hundreds of faces, templates, and logos. The specialty of this tool is that you have complete control over the placement, positioning, and rotation of a face. The freehand drawing tool gives you the creative freedom to express yourself in any way that you want. Another specialty of the RageMaker tool is that you can use it as a potential GIF animator for your hilarious GIF memes.

For those who are comfortable with conventional text-based memes, RageMaker lets you add texts in some popular fonts, and any color or size. While creating the meme, you can either choose to upload an image from your device or import it from the internet. RageMaker does not give you access to the media library for such image selection. RageMaker supports only the JPEG, JPG, BMP, PNG, and GIF formats.

A tool from the house of Media Freeware, the Meme Generator comes loaded with a host of rage characters and several pre-loaded templates. The templates are divided into five broad categories, and you can identify the one that is the most suitable for your present emotions. The detailed categorization of meme templates makes it easy for you to arrive at the best fit template.

The Free Meme Generator tool allows you to import images into the tool for situations when you want to create a meme from scratch. The punchline can be added in any font of your choice, either as a header or as a footer. It is one of the few meme-making tools to allow the offsetting of texts and textual transitions.

The fact that this tool is limited in functionalities is a two-sided sword. While your creative liberty is restricted, the limited functionalities ensure that meme creation is a simplified process. Once you are satisfied with your meme editing, you can save it in BMP, PNG, and JPG format.

What is a Meme?

A meme is a catchy content that depicts a social or cultural issue alongside a humorous caption. This is a great way of creating a strong bond with your audience through social media. The procedure of creating super-quality and immensely exciting memes becomes simple and straightforward with the assistance of an online meme generator. This facility helps you craft witty memes without going through any intricacies. A few taps on your device will enable you to create memes with the meme generator. The best part of using the utility is that it doesn’t need any skills to generate memes.

There is no shortcut to creating viral memes. You need to keep yourself abreast of the latest current affairs events and viral videos and come up with punchlines. The more memes you create, the higher will be your chances of getting viral on social media. Most social media platforms also appreciate the idea of refurbishing popular memes by adding a unique touch.

To consistently create such hilarious content, you need to be on your toes and use a meme-making tool. While each of the above tools is known to create funny content, try to spend time to understand which of these is the most suitable for you. That way, you can pick a tool and use it for all your memes. Before publishing just make sure that the content is not copied using the Duplicate content checker tool.

Hi Friends. You can join our other guest post groups for Free Backlinks Sites. We provide free guest post on our sites to members of these groups.